On a recent site visit to the White Brook Trail up White Cap Mountain in the 100 Mile Wilderness, staff, State of Maine personnel and the district overseer for the Maine Appalachian Trail Club of the Maine A.T. Land Trust were treated to a rare find: a now-disused lean-to that remains sitting alone in the woods on the former route of the A.T. in Maine.  As you can see from the image, the shelter is in pretty good shape!  Dave Field, Overseer of Lands for MATC, notes:

This is the White Brook Lean-to, built in 1954 in record time from July 31-August 26 by Louis Chorzempa, Donald Chorzempa, Jean Stephenson, Seymour Smith, Manford Knowles, Bert Knowles, Dana Knowles, Douglas Knowles, and Adin Green.  It was abandoned by the White Cap – Gulf Hagas Relocation in 1975.
As you can see from this map, the relocation has taken the A.T. miles from its former route which was almost due north to White Cap Mountain. 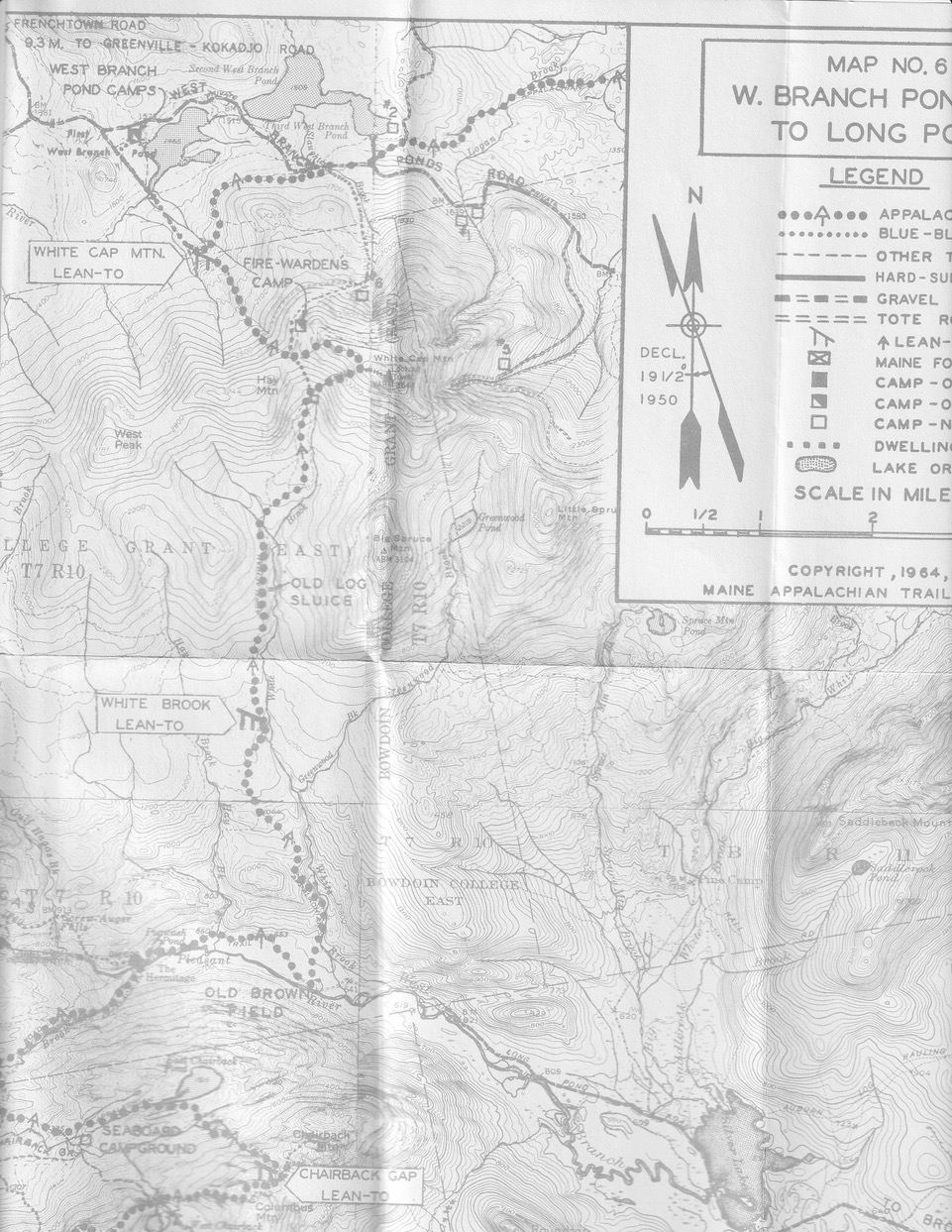 Today, the route is located to the west at Gulf Hagas, then traverses the White Cap range from west to east.  The White Brook Lean-to is in decent shape and still contains graffiti from the 1950’s to 1970’s and even beyond, when outdoor activities in the KI-Jo Mary Forest led hikers, hunters and campers down this route.  Logging in the area has opened up the woods so that the location is now close to a road.  This are is a working forest conservation easement that was part of the Gulf Hagas Whitecap project.  It still takes so work finding it, so be careful and be prepared (as always) when you are in the woods!
Thank you to Seth Roope and SDR Logging for showing us this site.