Note:  The Maine Appalachian Trail Land Trust recently lost one of its board members, George Appell.  George had a tremendous impact on the organization and conservation efforts in the Appalachian Trail region in Maine.  Rather than summarize his life, we’ve chosen to share reflections from those on our board who knew him well.

I met George at his first Maine AT Land Trust Board meeting, accompanied by his wife Laura. In the early Board meetings, there were a number of husband/wife teams who attended meetings (i.e. Dean & Shelia Bennett and Dain & Vera Trafton) so important to getting the land trust off the ground.

George lived in Phillips which is very close to the section of the Appalachian Trail that I have maintained for the last 20 years. George was very interested in the A.T. (hence his interest in joining the land trust Board) and we would chat about the latest trail community news. I often would copy him on my MATC trail work reports. From early prioritization work, the land trust focused on priority blocks in the High Peaks.  When the 1,200-acre Ridge/Lone Mountain parcel just missed Forest Legacy funding in 2009, George personally stepped up to purchase the parcel from Wagner/Bayroot. He set up a conservation organization to manage the land (he later transferred ownership to the Northeast Wilderness Trust).  As I conducted boundary monitoring (the Ridge parcel abuts the A.T. corridor for almost a mile) I would copy George on my monitoring reports. On several occasions, I would stop by his house (since he lived so close) and we would talk about the trail and this parcel in particular.  I don’t believe that George ever visited this land parcel.  I created a map and a series of photos so that he could take a ‘virtual’ walk-about on the critical land that he was protecting.

George’s sister, Helen Norton, lives in Harpswell (my hometown).  She is also very involved with land conservation where I got to know her through various projects in town and the Harpswell Heritage Land Trust. George also had a Harpswell connection through his ownership of a small island in Middle Bay.  George would migrate to Harpswell in the Fall to observe the seasonal hawk migration along the coast – he seemed to me to be an avid birder. My one regret is that I never accepted George’s invitation to join him on the island to watch the hawks.  He may be flying with them now.

I will miss George. I knew George professionally as well as personally through the Land Trust. I will especially miss our conversations often over lunch in Portland. George was exceptionally curious. He could engage in conversation knowledgeably on most any topic.  He was a most kind hearted and generous person as anyone who knew him would testify. He and Laura had a truly special relationship as they shared their work and were never apart.  She would happily accompany George to the Yukon or Borneo with enthusiasm.  I always enjoyed being with them together.  Yes, I will miss him.

George was both a generous philanthropist and a conservation philosopher who offered an important and distinct voice in the conservation conversation. 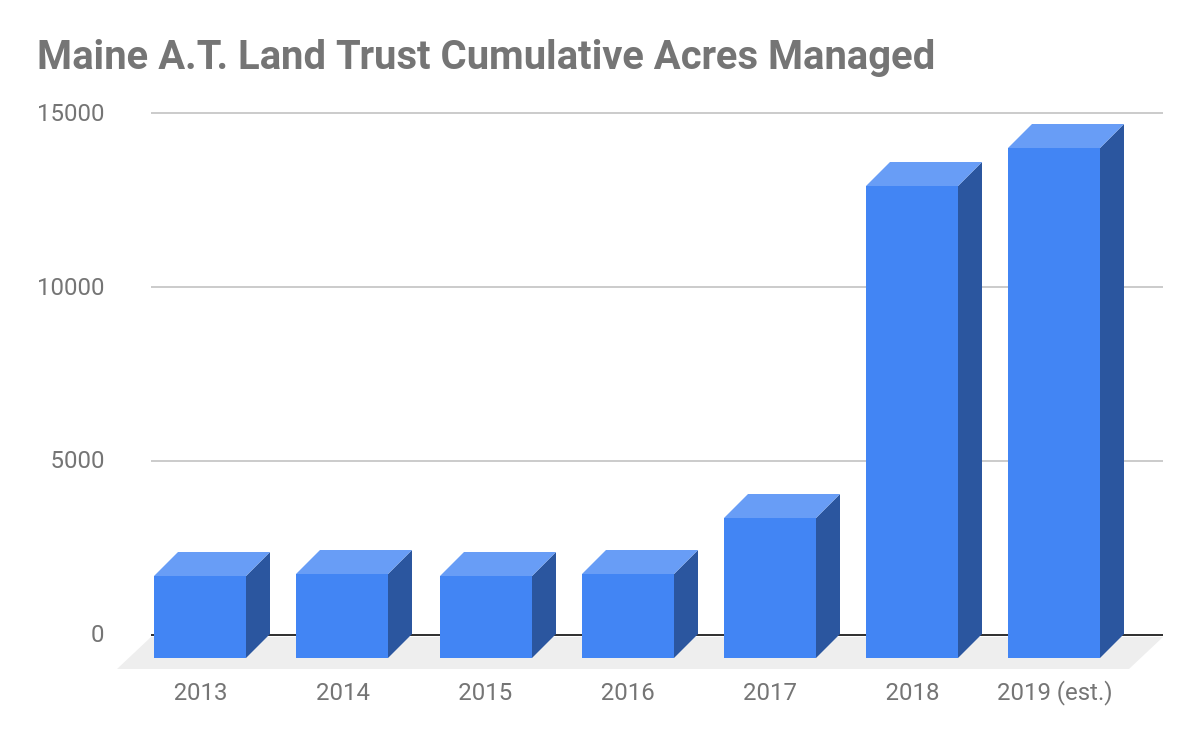 I will miss George’s curiosity about the living world around us, whether insects, birds, plants or people, whether near to us in Maine or in far off islands and waters, he wanted to understand and he wanted to conserve the diversity of life in all its expression.  This was clear in his life’s work and in the course of many spirited conversations.  He sought to understand nature and take action to conserve nature and leaves us with inspiration to keep asking questions and keep taking the bold and creative action needed.

George Appell grew up on a farm in York, Pennsylvania, and was a world-renowned anthropologist specializing in research on Borneo.  He held two advanced degrees from Harvard University and lived in Phillips, Maine.

George’s bio, which appears elsewhere on this website, is brief but underscores what everybody who met him came to understand: George’s ideas and accomplishments were so big that no description I write can really do them justice.

George joined the Board of the Maine A.T. Land Trust in 2009 and, with his wife Laura, had an immediate impact on the direction of the organization right up until his passing.  When I became Executive Director in 2014 one of the first things the organization did was to pass a resolution in support of climate corridors, climate refugia, and ecological diversity and connectivity.  This was largely at George’s behest.  At that time these were still relatively new concepts; the conservation world did not begin to follow his lead for a period of years.

George was also a stalwart champion of biodiversity on a global scale, having seen the destruction of forests in Borneo when he was working as an anthropologist with the Rungus Momogon people.  This focus served to remind the Maine A.T. Land Trust of the larger implications of our conservation efforts here in Maine.  We might be working to protect a 5,000-acre forested property in the High Peaks, but the ecological values here are tied to a larger world of biodiversity, world ecosystems, and the web of life that surrounds us.  George was a constant champion of these and they are permanent fixtures in the strategies the organizations uses to protect land.

Despite George’s accomplishments, he was an easy person to be around.  When I first met him (and Laura) in their living room we sat for four hours.  Yes, we discussed land conservation and the direction of the Maine A.T. Land Trust, but the bulk of the time was devoted to storytelling.  I spent many afternoons in that living room or in George’s office discussing current conservation projects but mostly just talking about whatever we felt like talking about.  Sometimes we agreed on things, sometimes we didn’t, but it was always time well spent and you knew that spending the afternoon with him would make you a better person.

One of the great regrets we all have in life is when somebody we know passes away without having told us a story.  George and Laura’s house was filled with artifacts from their adventures, all of which told such stories, some of which most of us will never get to hear.  A photo of them on the MacKenzie River, a place which is still remote and inaccessible to most people but one to which they traveled to in 1957.  A poster-sized map of Borneo (in Dutch) which inspired George to say, “Remind me to tell you something about that map.”  His office, which was filled with more books per square foot than any library I had been inside of.  His rifle hanging over the doorway.  All of these things were loaded with stories that I will no longer get to hear.